SHORT ON TIME? GET THE FREE 7 MINUTE CHECKLIST

Today, let’s talk about how to make networking for you!

Networking is one of those activities that people either love it or hate it, and when I say hate, I do mean hate!

Today, I want to share with you why I believe networking is so valuable for your business, why people don’t like doing it, and then three top tips as to how to make networking work for you.

So if you’re ready, let’s dive in, okay?

So, first of all, let’s talk about why people don’t like networking.

First of all, you’re afraid of coming across as being pushy, and being sales-y.

The truth is that when you’re going to a networking event, the mindset that you go to that event with is crucial. If you’re thinking, “I’m going to make a sale when I go to this networking event.”

People will be turned off by that, and they won’t even know why, but it’s because that’s the energy that you’re coming to the meeting with.

So if you’re worried that you’re going to come across as sales-y and pushy, think, “Am I coming at it from that perspective? Am I thinking that I’m going to go to this meeting and I’m going to meet a new client, I’m going to make a sale?“

Because if that’s the outcome that you’ve got in your head, then without you realizing it, that’s the energy you’ll put out there, and then your actions, the language you use, will all be geared to that, even though you’re not really consciously thinking that, but you’re still thinking, “I really need another client, I really need another client.“

You’re afraid that someone’s going to be trying to sell you something, and so you’re thinking, “Oh god, no, stay away! I’m not interested in buying”.

So instead of you being the seller, now you’re the buyer and you’re put off by the fact that people are going to try and sell to you.

It works both ways.

The third reason why a lot of people don’t like networking meetings, is because it takes you out of your comfort zone.

If you’re not comfortable talking to people that you’ve never met before or you’re afraid of going into a room and you don’t know anybody, or they’re all standing in huddles together and they’re all talking to each other, but no one’s talking to you; it can be pretty traumatic, especially for people who are introverted, because that is their worst nightmare!

So that can really put people off as well.

The truth is, in business, we’re constantly having to push those comfort zones a little bit further and a little bit further. I’m not asking you to do big leaps here, but just little bits. Because when you push and see what you’re actually capable of doing, you’ll be amazed at what you can achieve!

The number one thing that a networking event can do for you is you build relationships.

You get to meet people, you get to connect with people from a broad range of organizations, depending on your business.

The key thing here is to choose your networking meetings carefully so that you are being strategic about which ones you’re going to, you’re not just going to every single one (quickest way to burn out!).

But when you meet people and you share a cup of coffee, there’s power in that and you’re building relationships.

The second thing that you need to remember is when you’re networking, be useful!

This is so important – when you’re chatting with somebody in a networking meeting and they share what they’re struggling with, this is your chance to share your expertise.

This is your opportunity to be useful.

For example, you’re a child sleep expert, and you’re going to a parent and baby event.

And someone says, “My two year old just won’t sleep!“

Think of it in terms of the free content that you are providing online (e.g. your blog, your podcast, your videos etc).

It’s an extension of that.

You’re not giving away the farm. But what you are saying is, “You know, there’s a really great technique that you might find useful, and this is what it is.”

You’re giving them a taster.

And they think, “Oh, that’s really useful, thank you so much!“

That might not result in a sale, and that’s okay, but you’ve been useful.

Trust me, the seed has been planted, and that seed might take a little bit of time, but I promise you it will blossom, maybe not necessarily with that person, but they might refer you to somebody else, and they say, “Oh god, I met this amazing sleep expert and you have to check her/ him out.“

The third reason why networking is so good for your business is because it allows you to create greater visibility.

Networking is a brilliant way for you to be able to do that, especially if you’re strategic about the networking meetings that you go to.

When you walk into a room of 20 people, they are potential connections, collaborations, partners and clients.

That takes me nicely onto my three top tips for networking…

So first of all, focus on giving and not getting.

This makes a big difference to your energy levels and the way that you come across and how people respond to you.

Secondly, focus on them.

This is something that I think that people get a little bit funny about, you know, “How can I make networking work for me?“

Well, forget about you and take the focus away from you, so that means that the pressure is off.

Focus on them, ask them questions. Talk to them and ask them about their problems or their challenges or their struggles, depending on the context.

Get to know them as a person. Have a conversation. It feels like we’ve lost the art of just talking to people and getting to know them and being interested!

Dale Carnegie talks about how to win friends and influence people. Be interested in them, that’s all.

People love to talk about themselves. So give them lots of opportunities to do that.

Not with the anticipation of a particular outcome, but just because you want to get to know them. It is a great way to spend your time, it’s really enjoyable.

Maybe because I’m particularly nosy anyway, I just like to ask questions and find out more stuff!

Instead of putting all that pressure on yourself and thinking, “I’m going to a networking, and I have to get a client.“

That is the worst outcome to expect from a networking meeting.

Go in there with the intention of giving, being useful, building relationships, making connections, and sharing your knowledge and your expertise in a way that feels good to you and it feels good to the other person.

The key to networking is to stop making it about yourself, make it about THEM.

Lovely, I hope that’s been useful to you today. Let me know what you think in the comments.

Don’t forget to grab my free gift which is my top 20 time-saving, moneymaking tools and if you’d like to know how I can help you, book your free 15 minute Tiny Time Triage call and let’s talk!

Talk to you the next time! 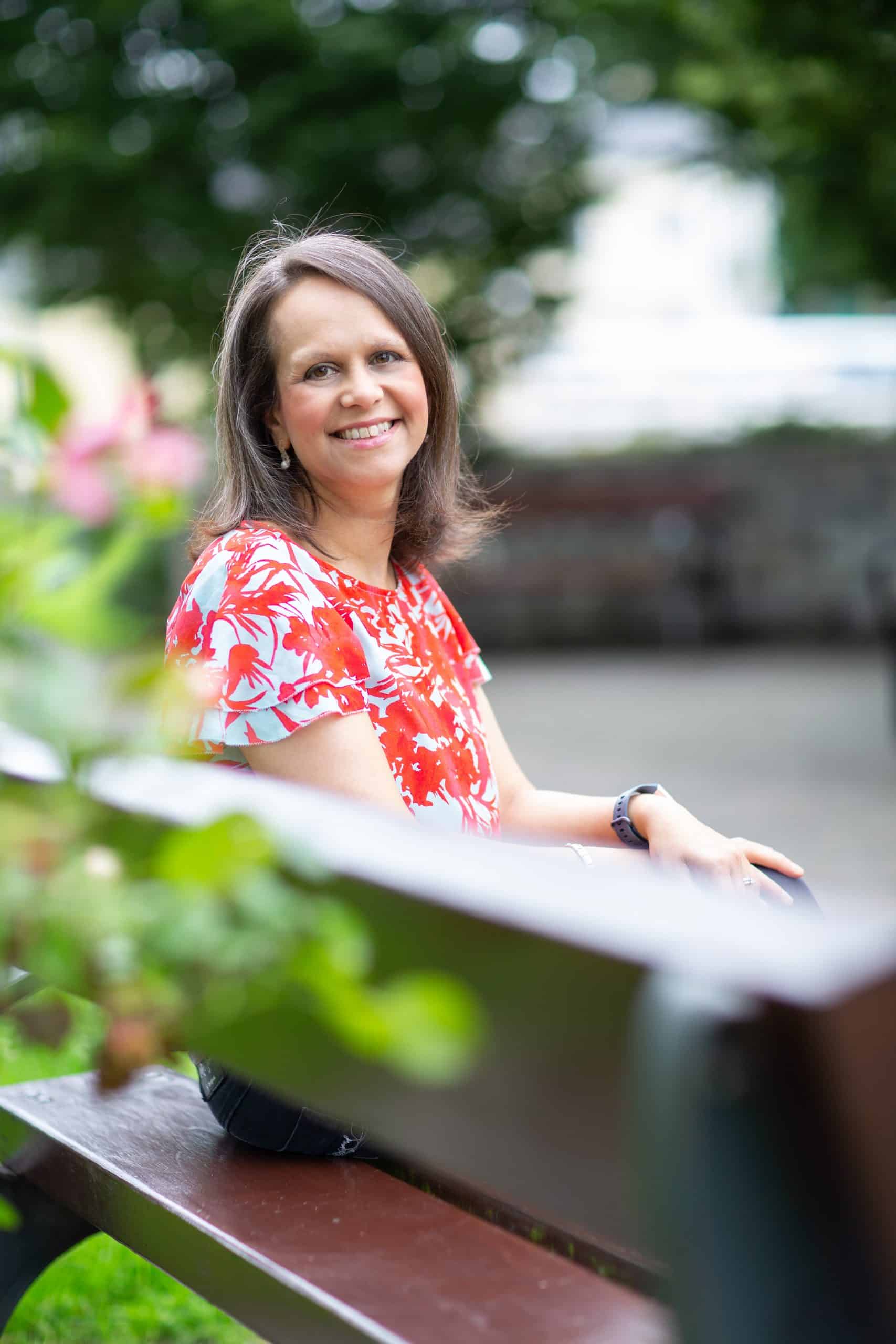 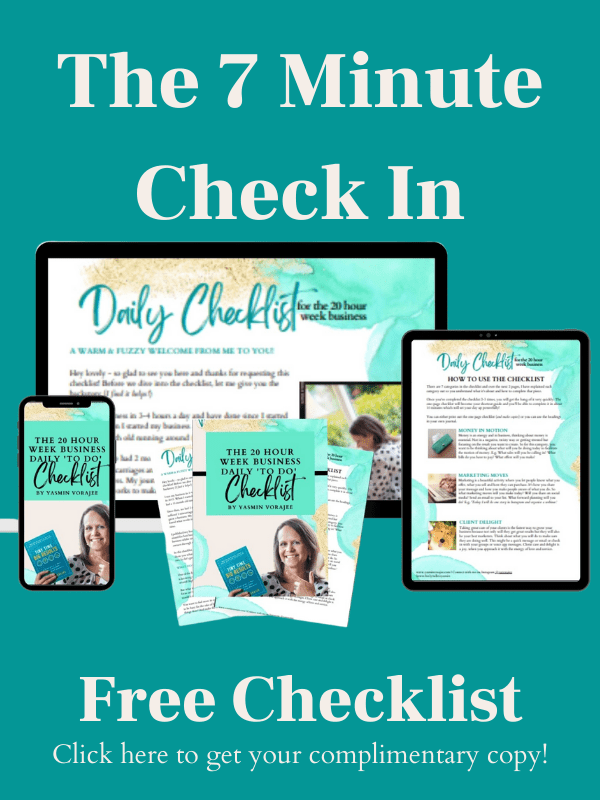